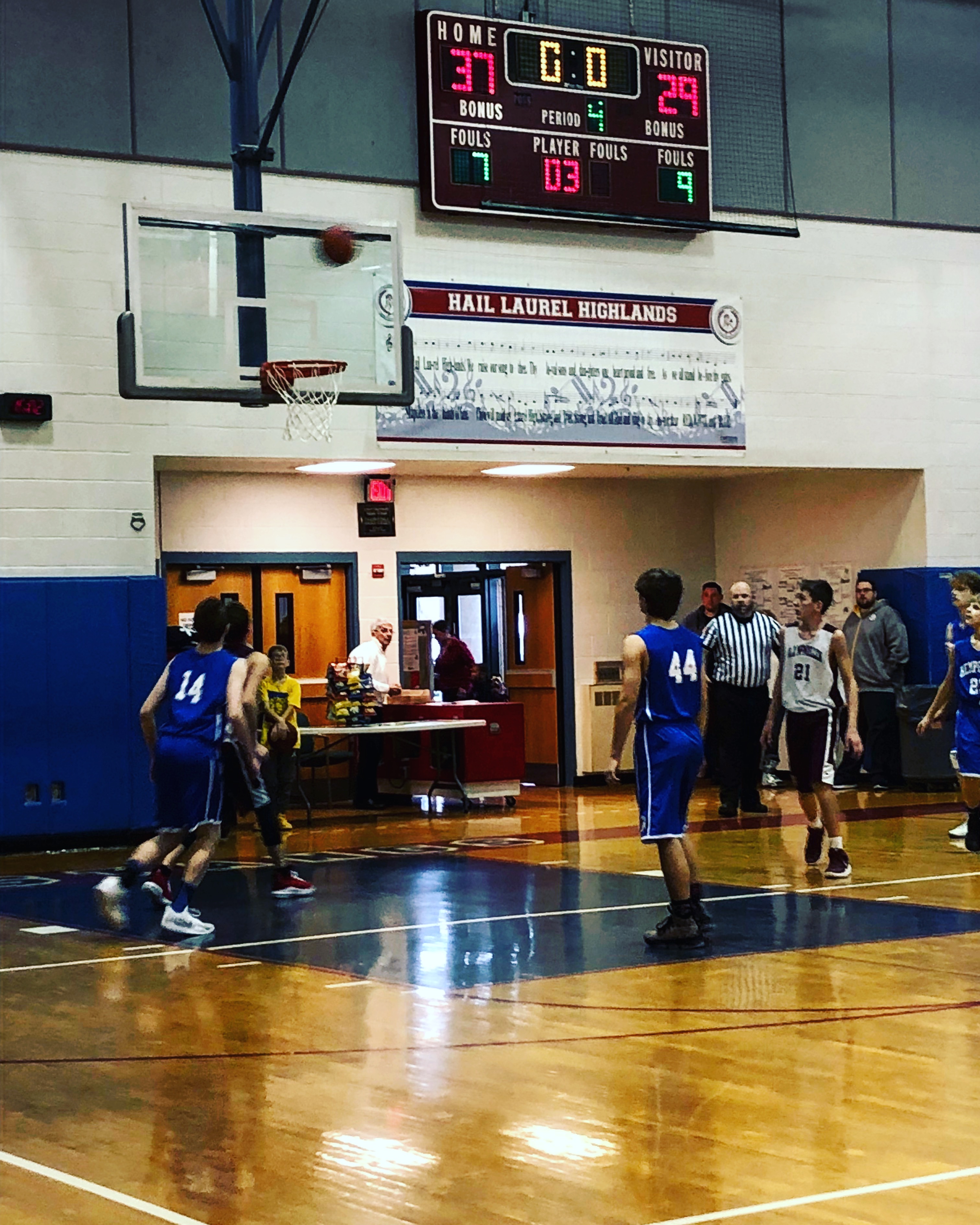 After defeating the Albert Gallatin Colonials, the A.J. McMullen Red Raiders earned the opportunity for a final Laurel Highlands Christmas Tournament game against the Hempfield Spartans.
Strong play early from Tanner Uphold and Tyler Hawk gifted the Red Raiders an 18-13 lead at halftime. Uphold again added to the overall effort with timely blocks and steals in the first-half.
However, the Spartans refused to fade and mounted a strong third quarter effort. The Spartans not only erased the five-point lead that A.J. nursed at halftime, but Hempfield also seized a 23-22 lead with less than a minute remaining in the third quarter. Tanner Uphold, who scored all of the Red Raiders’ points in the third quarter, added a final basket in the period that allowed A.J. to reclaim a one-point lead. A.J. McMullen never trailed again.
While the Spartans had played a strong third quarter, A.J. McMullen returned the favor with a strong fourth quarter to conclude the game. The Red Raiders outscored Hempfield 13-6 in the final quarter, thanks to fine play from Levi Garner and Levi Gilleland.
The Red Raiders ultimately defeated the Spartans 37-29. Tanner Uphold scored 15 points in the victory, leading the team. Tyler Hawk added eight points. Levi Gilleland and Levi Garner each scored six points and combined for seven of the 13 points scored by A.J. in the final quarter. Ryley Umbel added two points in the victory.
The A.J. Red Raiders will return to conference play on January 3rd.