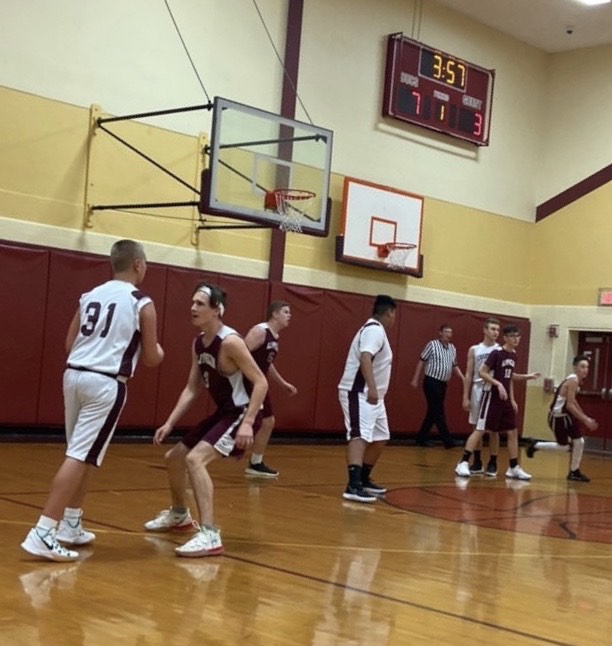 Despite the tremendous success at home that the A.J. McMullen Red Raiders boys’ basketball team has known dating back to last season – seven consecutive wins since December of 2018 – the team has suffered five consecutive road losses dating back to January of 2019.

That fifth loss came Tuesday by 43 points at the hands of the Chartiers-Houston Buccaneers.

Despite a reasonable first quarter and an early lead for A.J. McMullen, thanks to an opening three-point shot from Wade Brugger, the Red Raiders surrendered 57 points in the first three quarters and struggled to consistently score throughout the contest.

Levi Gilleland and Trevor Uphold each scored nine points to lead the team in scoring. Wade Brugger added three points. Xavier Murray scored two points and Riley Livingood added one point to round out the scoring for the Red Raiders.

A.J. McMullen will enjoy four of the next five games at home following the visit to Carmichaels.

There was no second game against the Chartiers-Houston Buccaneers.