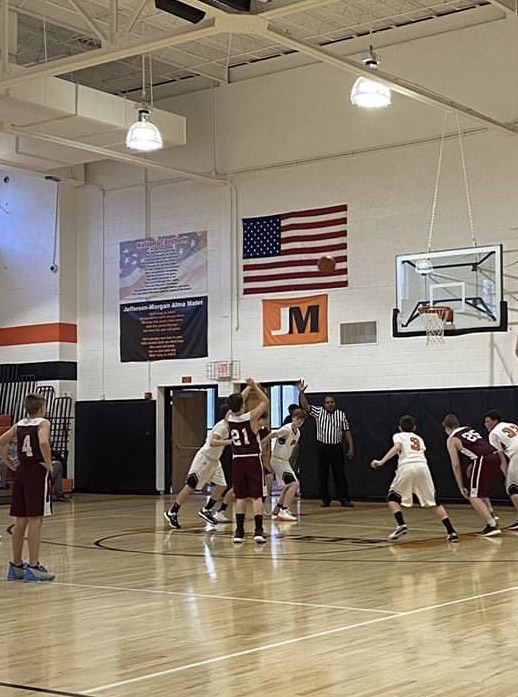 The A.J. McMullen Red Raiders faced a 12-point deficit against the Jefferson-Morgan Rockets when the fourth quarter started yesterday. However, the Raiders fought and battled the Rockets throughout the quarter to come within two possessions. The Rockets managed to hold off the visiting Raiders and preserve a 29–23 victory.

The Red Raiders rebounded consistently against the Rockets throughout the game, with Nick Torbich, Xavier Murray, and Grayden Plume each finishing with at least ten rebounds (Torbich finished with 12). Wade Brugger and Cooper Gilleland each finished with four rebounds. Logan Hardway, Kyle Ray, Marcus Jones, Riley Livingood, and Trevor Uphold
each had at least one rebound during the game. The Red Raiders finished the game with nearly 50 rebounds as a team, the highest rebounding total the team posted in several games.

Riley Livingood, Nick Torbich, and Xavier Murray each finished with three steals for the Red Raiders. Murray and Cooper Gilleland each also logged a block during the contest against the Rockets.

The A.J. McMullen Red Raiders will host the Carmichaels Mikes today at 4:00pm.