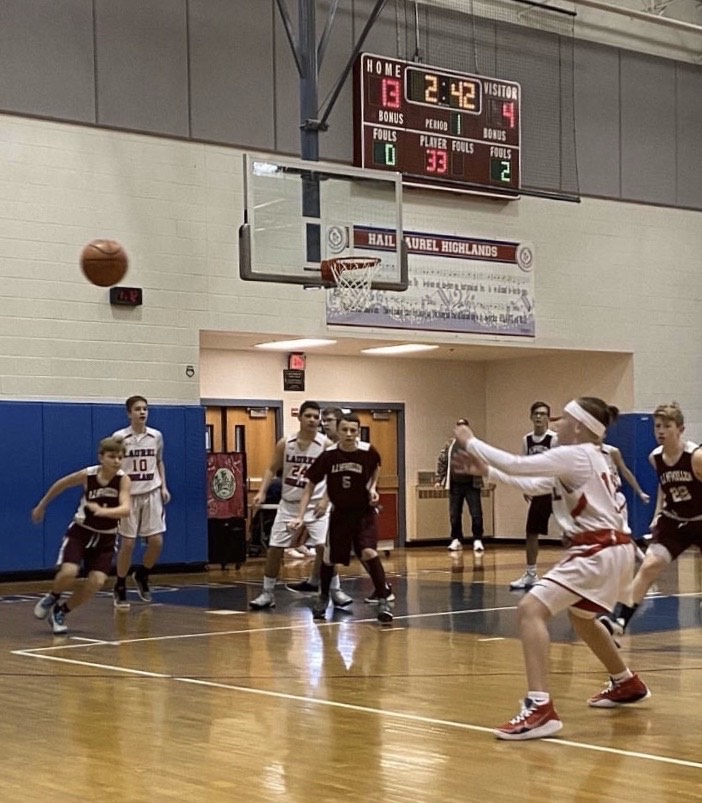 Trailing throughout the game against the tournament hosts, the A.J. McMullen Red Raiders fought hard, outscoring the Mustangs in the second quarter to cut the Mustangs’ lead to just ten points. However, an explosive third quarter for the Mustangs put the game out of reach.

One highlight of the game for A.J. McMullen was Trevor Uphold’s wild three-pointer as time expired at the end of the first quarter. Uphold launched the ball at the basket off an inbound pass while in traffic. The ball never traveled much more than eleven or twelve feet off the ground but passed perfectly through the hoop. Another strong point for the Red Raiders was Nick Torbich’s rebounding. Torbich finished the game with 13 rebounds.

Xavier Murray and Nick Torbich each scored five points to lead the Red Raiders. Murray added six rebounds and six steals. Torbich also had a steal to go along with his 13 rebounds.

Also scoring for the Red Raiders were Trevor Uphold (three points) and Riley Livingood (one point). Uphold collected two steals and one rebound during the contest, while Livingood pulled down five rebounds and picked up one steal.

Cooper Gilleland had four rebounds and a steal in this contest.